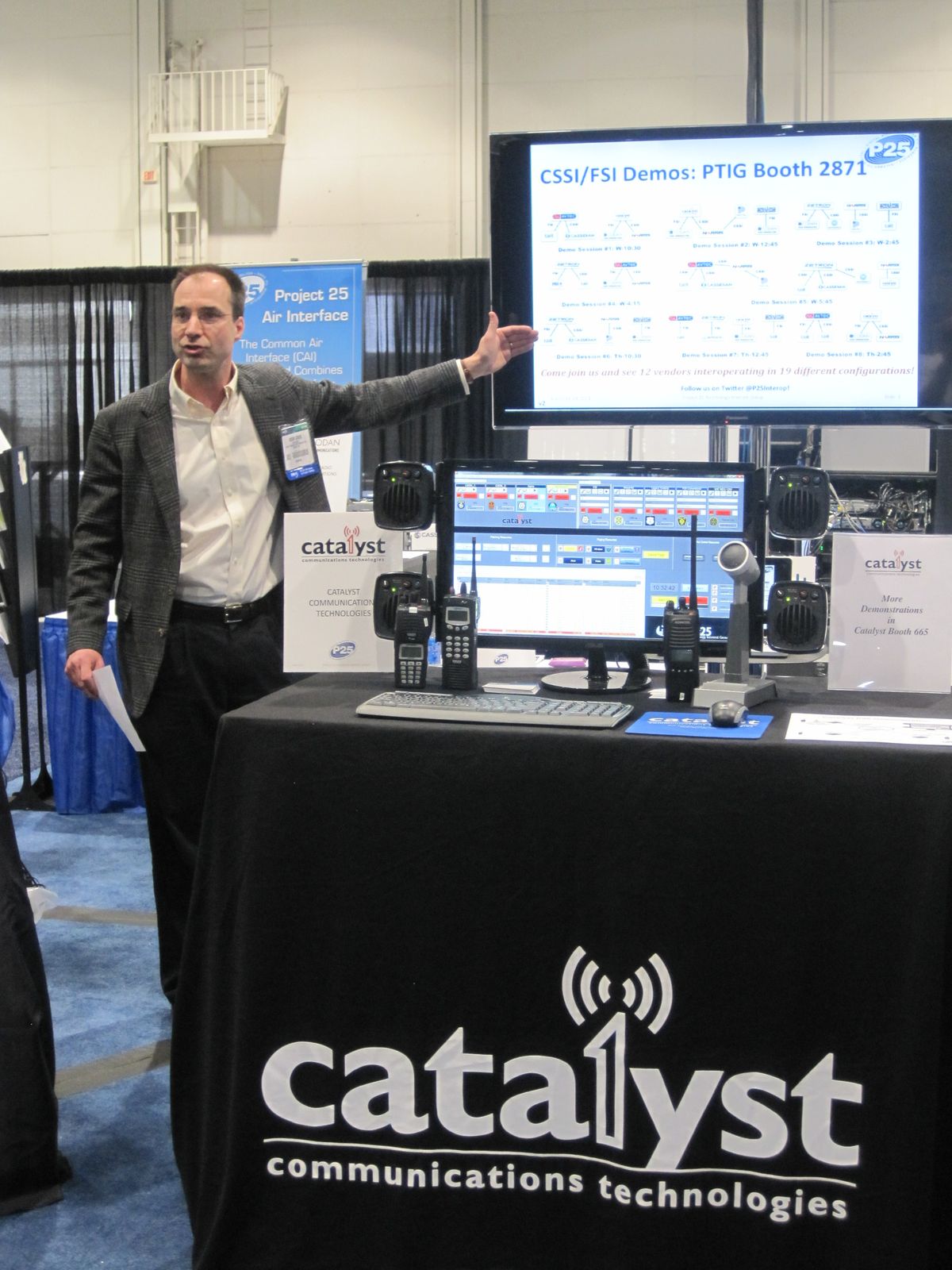 The Project 25 Technology Interest Group (PTIG) organized this bellwether event and twelve manufacturers participated.  During the multiple console portions, the Catalyst console could hear transmissions from the other third-party consoles and those consoles could hear the Catalyst console on a common talk group.  An Emergency message from a subscriber radio on that talk group immediately and simultaneously appeared on all three manufacturers’ consoles.  Other talk groups, only assigned to a single console, were heard only by that console.  This demonstration showed that independent agencies could share a single P25 radio network, interoperate where needed, and yet maintain autonomy with other communications where required.  Perhaps most importantly, it confirms that an agency’s selection of radio system equipment can be completely independent of their selection of a dispatch console vendor.

The CSSI demonstration highlighted many advanced features for critical communications.  Subscriber units and the Catalyst console interacted on three simultaneous group calls with the audio routed to any of four speakers on the console.  Unit ID as well as alias identified the field radios on the console during both normal and Emergency group calls.  The dispatcher was able to pre-empt the audio from a transmitting subscriber radio through the CSSI wire-line interface.  The companies showed that other subscriber radios hear first the dispatcher during the pre-emption and then, if the initial transmission is still active, the remaining real-time audio.  In addition, the dispatcher was able to replay the Lost Audio that was pre-empted.

Catalyst President Robin Grier observed that, “The Harris team continues to demonstrate its commitment to work collaboratively with other manufacturers for the benefit of Public Safety, Federal agencies, and other critical communications customers.  Catalyst is pleased to serve the evolving needs of these organizations.”