Firefighters put the man in a rescue basket, then brought him up from the floating roof to the roof of the tank

A worker at U.S. Oil Co. tank farm at 1075 Hurlbut Court collapsed in a gasoline storage tank, according to the Green Bay Metro Fire Department. He was transported to a local hospital, but his condition was not known Monday afternoon. Green Bay Metro Fire Department crews were called to the tank farm just after 11 a.m. Their rescue was successful , although a floating floor inside the tank that moves up and down with the gasoline to prevent the build up of potentially explosive vapors created additional challenges.

“We had to sent personnel down into the tank and packaged him up in a Stokes basket, which is a rescue device , and then brought him up from the floating roof on to the roof of the tank,” Battalion Chief Rob Goplin said. “Then we brought him to one of our ladder trucks and brought him down to the ground and transported him.” 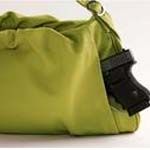