What exactly is the HeatSeeker?
HeatSeeker rehab caps are a blind cap on any discharge port of a fire truck that has been drilled and had misting nozzles added so all you have to do is to charge the port with the cap on and have an immediate option for cooling firefighters. These caps provide a cooling mist than can reduce the ambient temperature up to 30 degrees. It is very effective and it also works as a cap to keep debris out of the pump. 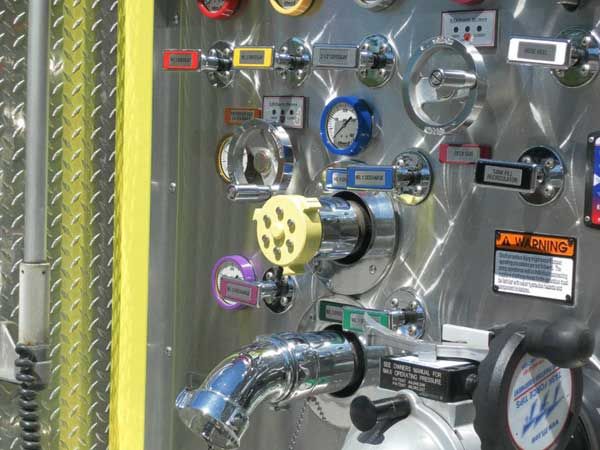 How did HeatSeeker come to be? How did you come up with the concept?
A couple of years ago we were fighting a house fire that also started a brush fire, so we had crews working in the structure and out. It was about 75 to 80 degrees and around 5 pm in the evening. We were working mutual aid with a volunteer fire department and were limited on firefighters. I was inside fighting fire and had to come out and change my bottle; when I walked outside I noticed a firefighter on the ground, I rushed to help him. He was struggling to get up. Myself and another firefighter helped him up and away from the fire, and we got him out front and started to remove his pack, helmet and coat. He was very hot and his face was so red. I knew we had to cool him off. We used wet towels, gave him some bottled water and started to cool him down. That's all we had! He recovered but it could have turned out differently. The next day I knew I needed to do something to prevent this or help us reduce heat stress. I started to research firefighter rehab and after 20 years of firefighting I never knew how important rehab was or how many of my brothers and sisters have paid the ultimate price for this heat issue!

How do you think your background as a firefighter helped with coming up with the design of the HeatSeeker?
I have been a firefighter for almost 22 years. I was a volunteer firefighter for my first 12 years. We had no money for anything; we had to put our own money in for fuel many times! We had no Igloos with ice water or coolers with cold drinks or bottled water let alone misting fans! I could not tell you how many times I had to drink from my hose line and things like this still happen today. The days of handing a warm bottle of water and going to sit under a tree for five minutes need to stop! This is not enough rehab and not enough to reduce heat stress! Heat stress is a major factor to cardiac arrest and one of our number one killers! If we start making rehab a tactical consideration and cooling off our firefighters it will save many lives and also help these firefighters perform better allowing them to return to their stations, communities and most importantly their families!

Why do you think a product like the HeatSeeker is so important for firefighters?
These units will and are helping firefighters across the country. We have HeatSeeker rehab caps at fire departments in almost every state in the country! The only other way to rehab is using costly misting fans that take a lot of time to set up and you need extra trucks to bring them to the scene. Most departments can't afford them. Our units are very affordable and much more effective! You also have cooling chairs, vests, anything will help, but these items are not that effective, but please don't get me wrong anything will help.

What has been the response from firefighters and other users to your products been like?
We have had great response! We have won two awards. Popular Science Magazine named the HeatSeeker one of 2012's Best Inventions and featured us in the June 2012 Issue. We also won Scores Award of Excellence and Client of the Year of 2012. We have done something so special in that we have raised community awareness for firefighters and we have had so many people purchase these units to donate to their local departments to help keep their firefighters safe! This is so amazing! 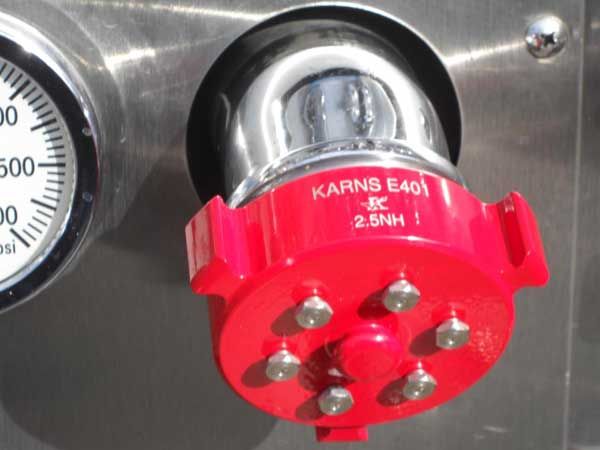 Where can firefighters get your HeatSeeker products?
We are selling our units online at this time at www.firegroundrehab.com, but we are looking to work with some distributors for sales in the future.

Anything new in development?
We have many new units we are working on. We are also taking these units to sports fields and helping athletes. We have made rehab stands that run off a water hose. These rehab stands are for training centers, sports fields, concert venues and we also have units for K-9s. We have K-9 rehab misting stations at police and sheriff departments in Tennessee currently.

Is there anything you want to add?
We have made many donations to departments across the country and local and I wish we could give one to every department, but we can't afford that; however, we are donating a portion of every unit to The National Fallen Firefighters Foundation, The Terry Farrell Firefighters Fund and also First Descents Cancer Fund.

We believe that helping the people and organizations that provide assistance to those that have already given so much to this service places us firmly on the right path!