FARMINGTON, Maine — A group of resourceful firefighters in Maine have come up with a new way to save money in a time of tight budgets — they built a new fire truck from scratch.

Volunteer firefighters and public works employees in the town of Farmington donated their time to help construct the new vehicle to replace the 25-year-old fire truck they were using, according to Portland Press Herald.

Fire Chief Terry Bell said his department’s effort to build the squad truck with donated labor time resulted in substantial savings to the town, according to the report.

"If you got people here who can do it, why not?" Chief Bell said.

The truck project started last fall and the department was able to buy the chassis and the body after the town authorized the project. The job was finished on April 26 and is ready to be put into service, according to the report.

The new four-door truck can seat up to five firefighters and is a lighter rescue vehicle compared to the old 1988 truck that had two doors and accommodated two people. 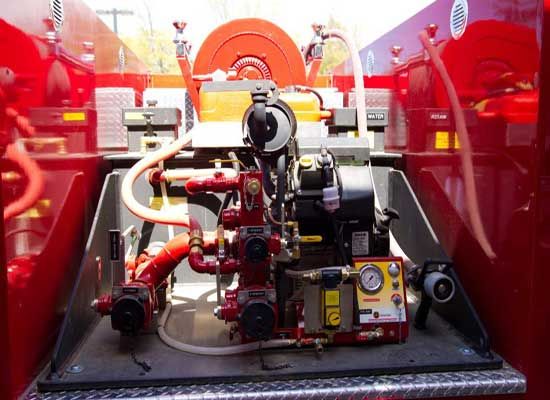